Animal Playground: Playful Tracks from Around the World 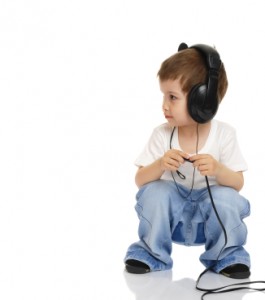 When kiddo expressed an interest in jazz music (read: she was listening to Ella Fitzgerald’s Christmas album year-round), we were delighted to find that the world music compilation “Jazz Playground” both appealed to her developing ear and elicited some toe-tapping, if not outright dancing, from the adults who heard it. So it was with high hopes that I ordered kiddo a copy of “Animal Playground: Playful Tracks from Around the World” (Amazon affiliate link) from the same world music label, Putumayo.

Boasting tracks from Trinidad, Honduras, South Africa, Australia, and several countries in Europe and North America, this music collection is lively and diverse. Animals are the subjects of all the songs, but play different roles in each. The opening track, “Animal Crackers,” performed by the Chicago-based band Wee Hairy Beasties, for example, explores all the idioms in English that use animal imagery, from “ants in my pants” to “monkeying around.” Songs from Trinidad and Italy introduce kids to new arrangements of familiar folk songs “No More Monkeys” and “Old MacDonald Had a Farm” (“Nella Vecchia Fattoria“).

As a vegan mom and an animal advocate, my favorite track is Don Spencer’s “Don’t Ever Step on a Snake” (Australia). In this song, the snake is simply a snake — who does not want to be stepped on. The advice is apt: “I’ve assessed the situation, and I simply want to say: Be cautious when you’re in his habitat.” We’re warned that the snake is possessive of his family, but that “you can hardly blame a snake for that.”

Teachers and homeschoolers may want to pair Spencer’s excellent song with a reading of Joni Sensel and Chris Bivins’ book Bears Barge In, which has a similar theme of respect for wild animals.

You can preview the album on Putumayo’s website to see if it suits your taste. Now, if you’ll excuse me, kiddo and I need to jump around to that crazy monkey song!