Earth Heroes: Champions of the Ocean 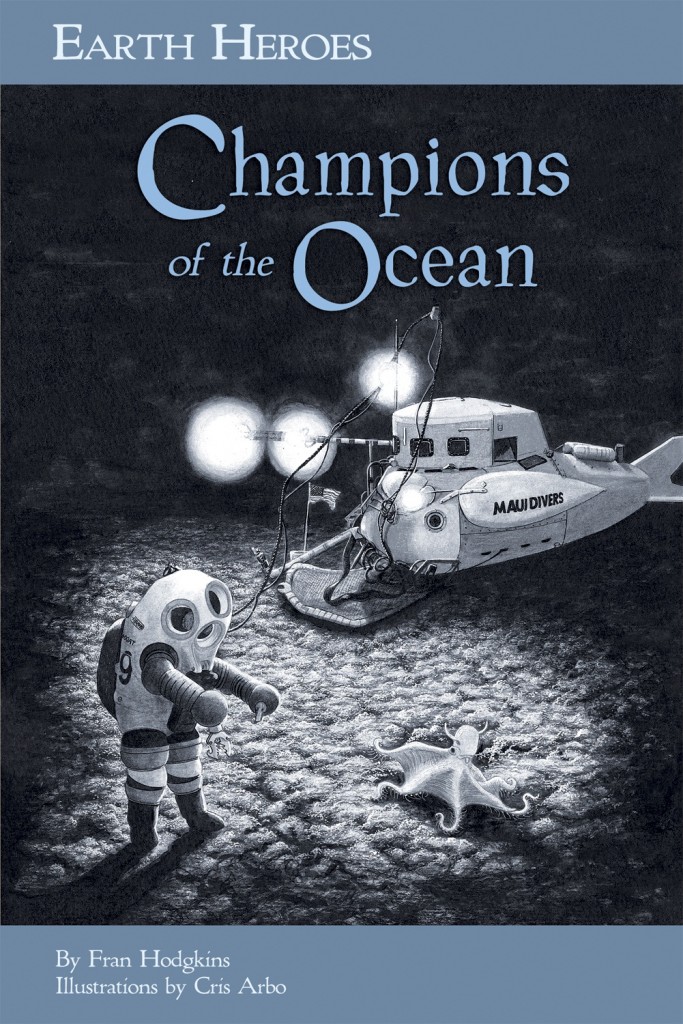 In the same spirit and format as the other titles in this series, Champions of the Ocean is a sound aggregation of the colorful characters who have fashioned the modern movement to explore, understand, and protect the earth’s oceans and its inhabitants. Readers meet naturalist William Beebe, sea turtle scientist Archie Carr, filmmaker Jacques-Yves Cousteau, friend-to-otters Margaret Wentworth Owings, Eugenie “The Shark Lady” Clark, whale advocate Roger Payne, “Her Deepness” Sylvia Earle, and Tierney Thys, guardian of the Ocean Sunfish. Like Champions of the Wilderness, several of these heroes had trying upbringings, facing discrimination based on their gender, ethnicity or even professional interest.

Author Fran Hodgkins does a lovely job weaving through each ocean pioneer’s personal journey, from childhood into adulthood, while illustrator Cris Arbo aptly sketches the intriguing animals who inspired these individuals. Black and white photographs round out the biographical synopses, presenting images of home life or boat life, research excursions on or under the water, and the like. Animal lovers will appreciate these heroes’ general efforts made on behalf of species and habitat preservation and their communication to the general public about the strange, magnetic beauty of the watery world. However, the sheer number of animals collected as specimens, especially at the turn of the 20th century, is outright saddening. Towards the tail end of the book, we see researchers taking more ethical precautions in their scientific practices, such as the case with Roger Payne –

“He revolutionized whale research. He proved to his colleagues that it was not necessary to kill a whale or any other creature in order to study it, contrary to the practice that had gone on for hundreds of years.”

I believe this to be an essential read for any kid or adult interested in animal or environmental concerns. It not only shows how interest in the ocean and its protection came about, but does a great, concise overview of its evolving history. It’s of utmost importance to know our roots in order to push forward.